Hosted by Crime Stoppers of Houston’s CEO, the mission of this podcast is to have balanced conversations with local and national newsmakers that offer real solutions to our nation’s most pressing issues. Rania Mankarious made Houston her home by rolling up her sleeves and getting her hands dirty. Citing a personal mission to serve families and engage the public to better society, Mankarious made the extraordinary move of taking an internship at Crime Stoppers of Houston in 2006 – even though she was an attorney with a master’s degree. Mankarious knew she had to be a part of Crime Stoppers, an organization unlike any other. Over the years, she worked vigorously and by 2008, she became the organization’s Director of Marketing. By March 2013, she was chosen to lead the organization as Executive Director and by 2018 – after a long list of many accomplishments, she was named the organization’s first CEO.

Through her years at the helm and working side-by-side her incredible team, Mankarious’ legacy has been well established. Described by some as “Crime Stoppers on steroids”, her footprint elevated the organization to new heights. She’s created the first ever Crime Stoppers Safe School Institute – a full suite, direct service program that became the hub of all things school safety related. The program was so successful, it got the attention of Texas Governor Greg Abbott, who asked Mankarious’ team to train all Crime Stoppers across the State of Texas on school safety. In the fall 2019, she launched Crime Stoppers’ first webinar series with local, statewide, and national experts. Other firsts for Mankarious include launching Parents Against Crime, the critically important Fallen Hero Program, the Victim Services and Advocacy Program and expanding the Safe Community Program.

Mankarious has beat many odds but is most proud to have built the first-ever Crime Stoppers headquarters in the world. The Dave Ward Building, Crime Stoppers of Houston now sits in the heart of midtown Houston. The nearly 30,000 square foot facility officially opened January 2017 as the first public safety, crime prevention facility of its kind – bringing together civilians and law enforcement as well as students and community members from all over Houston, the State of Texas, and the country.
Despite the odds, Mankarious raised the funds to get the building completed and additional funds to cover the organizations expanded programming. Through it all, Mankarious always weaved the organization’s brand and its work into the fabric of the community and created a trusted and true hub for community members, media, law enforcement, school administrators, mental health providers, community partners and more.
Always working, Mankarious has written over 160 articles in her weekly column “Sunday Mornings with Rania” for The Buzz Magazines. Often acknowledged for being amongst the “top read” columns for the online magazine yearly, Mankarious’ features safety tips along with her personal perspective on current news topics. In addition to researching and writing, she’s also argued for school safety in front of the Texas House and Senate and changed laws in the State of Texas pertaining to camp safety. Creative in her pursuit to keep conversations going, Mankarious was also co-founder and co-host of a podcast that featured over 70 local and national guests who were moving the needle in their respective industries. Noticed nationally for her contributions, Mankarious is an Expert for the SocialMama App, a guest writer for The Bark Blog, a national adviser for Safe and Sound Schools and has been seen and heard on local and national radio and television, including ABC, CBS, NBC, FOX, and across so many other platforms as a legal, family, crime, mental health, and parenting expert.
The Boston native now Houston resident, Mankarious received a Bachelor’s Degree in Psychology, Theology and Pre-Medicine from Boston College, a Master’s Degree in Marriage and Family Therapy from Gordon Conwell and a Doctorate of Jurisprudence completed at the University of Houston Law Center.
In 2019, Mankarious was recognized as a Visionary Leader for her fight against human trafficking. On June 30, 2017, the U.S. flag was flown over the U.S. Capitol in recognition of her work. Also, in 2017, Mankarious was named among the city’s Most Stylish People by the Houston Chronicle, named Houston Business Journal’s Outstanding Nonprofit Business Leader and a Houston Hero by the International Chamber of Houston. Additionally, in 2017, the building Mankarious built – The Crime Stoppers Dave Ward building – was a finalist for the Houston Business Journal’s Landmark Award. In 2016, Mankarious was among the Top 30 Most Influential Women of Houston and Houston Moms Blog Houston Mom of the Year. That same year, she was named an honoree for Houston Business Journal’s Women Who Mean Business and participated as a mentor for Bizwomen Mentoring Monday. Additionally, Mankarious was named a 2016 Houston Hero by the Houston Chronicle. In 2015 and 2016, Mankarious received the Prime Living Reader’s Choice Award for Best Dressed Texan. In 2015, she was a Lights Camera Action’s Mother’s Day Honoree. In 2013, she was named one of Houston’s 50 Most Influential Women.

The ambitious wife and mother of three has lifted a Houston institution to new heights and maintains that her love for this community, her family and all families is what continually keeps her going. 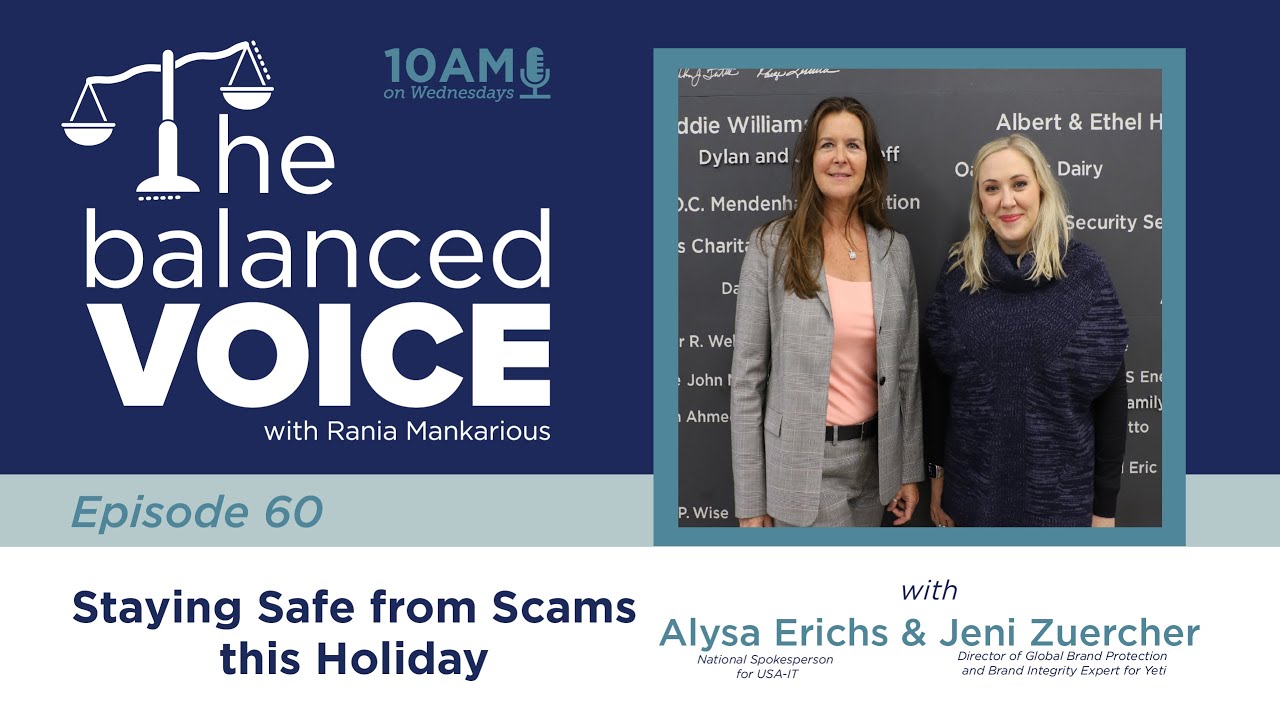 The Balanced Voice Ep. 55 | Kim Case – From Wounded to Warrior

The Balanced Voice Ep. 51 | The Other Side of Sanity – Dr. Harvey Rosenstock & Daniel Shepley