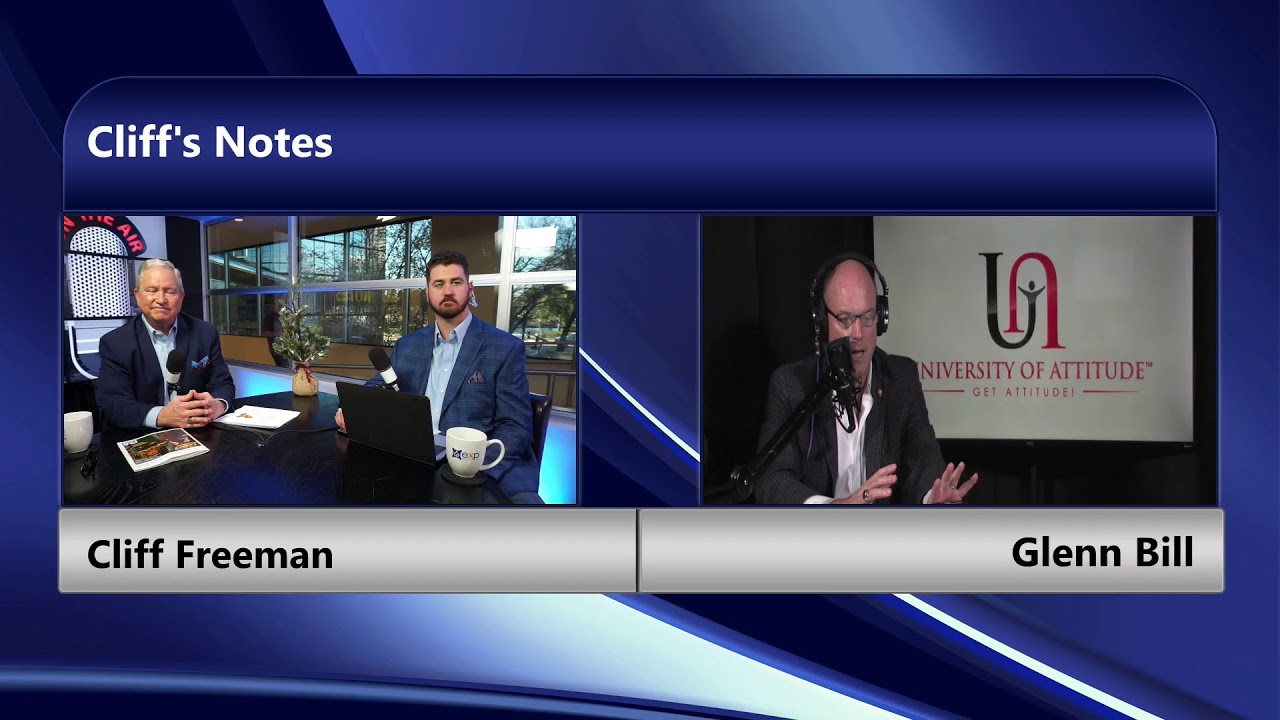 Glenn Bill, host of the Get Attitude Podcast, #1 International Best Selling Author, and America’s #1 High-Performance Attitude Speaker, received his real estate license at the age of 19, and the Indianapolis market was never the same. He quickly rose to the top of his 75 agent office and stood out as one of the top producers regionally. After three years of becoming a top salesperson, Glenn purchased his own franchise at the age of 23. Through his passion, vision, drive and learned sales skills, he grew his organization into one of the most successful real estate offices in the world, and in 2007, one of the slowest years in the real estate industry, Glenn was recognized as one of the Top 10 salespeople in the nation after closing over 200 home sales.

Glenn is the founder of the University of Attitude, a membership program that is targeted towards individuals who are motivated to take their attitude development to the next level after he discovered the common link between a successful business, successful relationships, and successful people all distilled down to a person’s attitude. Glenn’s desire to work with the younger generation for the past twenty-five years has given him the privilege of being a high school football coach and was part of a team that won thirteen State Championships, setting an Indiana State record.